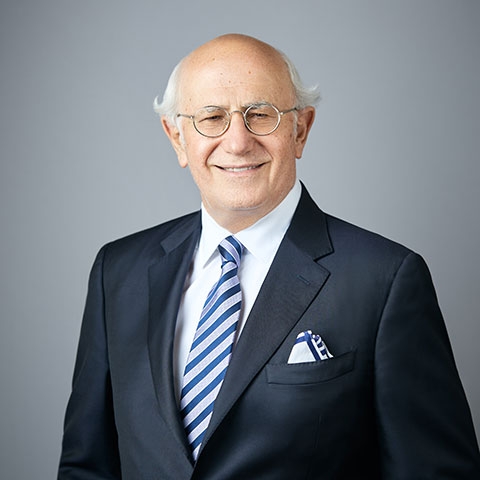 Acis Montanios was born in Famagusta on the island of Cyprus.

He graduated from the Greek Gymnasium of Famagusta in the Classical Section., He went on to study  law in London at the College of Law and the Council of Legal Education and was called to the English Bar at the Middle Temple, one of the city’s ancient Inns of Court.

In 1972, he joined M&M as a trainee advocate, working as a legal consultant in the Shipping & Corporate Department and was admitted to the Cyprus Bar after passing the pre-qualification exams of the Cyprus Legal Council. In 1976, he became a Partner, in 1984 he was named the Firm’s Managing Partner and is now its Chairman and CEO.

Throughout his professional career he specialised in all aspects of maritime and admiralty law, asset finance and the law and practice relating to trusts and family office matters.

He has contributed articles and the Cyprus chapters in Shipping Finance publications and has taken part in international conferences as moderator of ship finance panels.

In 2020, he was engaged by the Council of Europe for the adaptation of the Admiralty chapter of the proposed new Rules of Procedure, in consultation with the Project Manager and the Rules Committee of the Supreme Court of Cyprus.

Acis Montanios is the Honorary Consul of the Republic of Mali in Cyprus.  He has been decorated by the French Government with the insignia of the Chevalier de l’ Ordre National du Merite for his legal services to the French Embassy and community in Cyprus.